Writing is usually a fairly solitary experience, except maybe when your cats walk across the keyboard and add their contribution. But the publication process can be different, especially if you want to stand out among other authors and deliver a professional manuscript that can compete with the many thousands sent to publishers and agents every year, along with all the novels by indie authors and those already on the shelves. For many writers, a major part of that professionalization is … END_OF_DOCUMENT_TOKEN_TO_BE_REPLACED

“How long is too long?” The question comes up at every conference.  How long should a novel be?  It puzzles me that this anxiety persists.  We are in a literary era that tolerates length.  Game of Thrones, anyone?  Even at 292,000 words, George Martin’s first novel in his epic series is not even in the race.  Gone with the Wind is 419,00 words long.  War and Peace is 560,000.  Even those do not compare to Marienbad My Love by Mark leach, which clocks in at 17.8 million words. (To be fair, … END_OF_DOCUMENT_TOKEN_TO_BE_REPLACED I’m sitting at my computer, but my fingers have lost their rhythm. They’re rigid. Mechanical. Impotent. It’s as if they know or have been here before and recognize the shackles that bound my Black ancestors are the same ones we wear today. History lacks originality, always emerging in new skin encasing the same old terror. I’m a writer and I’m supposed to bring eloquence to our coarse dialogue, a balm to our pain, beauty to our ashes. But there’s nothing new to say, nothing but what’s been … END_OF_DOCUMENT_TOKEN_TO_BE_REPLACED Lewis Carroll advises, through his creation the King of Hearts: “Begin at the beginning, and go on till you come to the end. Then stop.” The King of Hearts is speaking about telling a story aloud, to a listener. As novelists, we don’t always tell our story in chronological order, and that’s fine. But when we do break the King’s rule, we need to know why we’ve chosen to do that, and why it’s the best way to start this particular book. A few things to keep in mind as we try to pin down that … END_OF_DOCUMENT_TOKEN_TO_BE_REPLACED

Has life ever put you in a state of suspense?  Was it waiting for a test score—or test results?  Was it waiting for a Christmas bonus?  A lottery drawing?  The final card in Texas Hold ‘Em?  The last, ninth-inning pitch of a baseball game?  Wondering whether a double-twist vault landing would stick? Has life ever hung in the balance for you?  Not just in the sense of live or die, but in the two seconds after the proposal of marriage, the two minutes of waiting for the pregnancy stick, or the … END_OF_DOCUMENT_TOKEN_TO_BE_REPLACED 2020 was destined to be a year of transition for our family even before Corona Time became a thing, but since March 13th these upcoming changes have been overshadowed by the odd reality of living in a pandemic “hot spot”. Don’t get me wrong; that reality hasn’t been all bad. Yes, my younger daughter did spend the last third of her freshman year watching TikTok videos and Netflix, with occasional breaks for pass/fail schoolwork, but her empty schedule allowed us to build a uniquely strong … END_OF_DOCUMENT_TOKEN_TO_BE_REPLACED

Many years ago, before I became a book editor, I worked in radio. It’s great work. I learned so much about dialogue and, with broadcast time always limited, I came to appreciate the art of telling a story concisely. But one great thing about working in radio is the voice-over studio. It’s where the reporter goes to record the intro and links between the pieces of pre-recorded interviews. It’s often a small room filled with all that audio gear and lined with soft, cushiony foam. It often … END_OF_DOCUMENT_TOKEN_TO_BE_REPLACED We’ve all heard the injunction to “write what you know.” Well, yes and no. If it were true, unequivocally, a female writer would have no male characters, and there would be no fantasy or historical fiction. That’s obviously not what the statement is meant to imply. While the injunction has merit in important ways—including, for example, caveats about the danger of cultural appropriation—taking it literally is far too restrictive. We’d be limited to memoir and autobiography. Rather, we need … END_OF_DOCUMENT_TOKEN_TO_BE_REPLACED 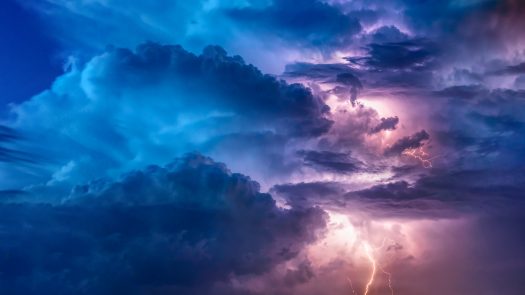 The heart of man is very much like the sea, it has its storms, it has its tides and in its depths it has its pearls too” – Vincent van Gogh There’s no escaping the fear and fury these days. It echoes in every news report and flashes in the eyes of neighbors, our faces masked as we scurry about our strange new lives. From our DC condo, we sometimes hear downtown protest chants and helicopters zipping across the night sky. Two weeks back, we felt the stun grenades as forces cleared Lafayette Park … END_OF_DOCUMENT_TOKEN_TO_BE_REPLACED “The arts are not a way to make a living. They are a very human way of making life more bearable. Practicing an art, no matter how well or badly, is a way to make your soul grow, for heaven’s sake. Sing in the shower. Dance to the radio. Tell stories. Write a poem to a friend, even a lousy poem. Do it as well as you possibly can. You will get an enormous reward. You will have created something.” —Kurt Vonnegut, Jr. I don’t know about you, but writing fiction is not coming easy for me these … END_OF_DOCUMENT_TOKEN_TO_BE_REPLACED A note to my friends at Writer Unboxed:  As a Type-A to-the-max sort of person, I prepared this essay weeks ago, when the world was different.  Now, an essay about how to solicit praise for one’s book seems frivolous, irrelevant, and downright offensive—and yet I do want to offer it to you.  Rather than retracting the essay, I’ve decided to offer it in the hope that you will save it for when it may be useful.   Is there any writer who actually likes asking for blurbs?  I suppose there … END_OF_DOCUMENT_TOKEN_TO_BE_REPLACED

Are you satisfied? What a question.  Given our situation, is there any answer but “no”?  Who can be satisfied when a world pandemic has us quarantined?  And at the same time intolerable injustice has us on the streets?  When economic collapse has us waiting in mile-long lines at food banks?  When our vote may not be counted? Is there any other answer when we have never had more voice and never had less influence?  When Hate Militia are on the march and the Thought Police are abroad, meting … END_OF_DOCUMENT_TOKEN_TO_BE_REPLACED Who hasn’t heard of Pinocchio? Originally released in 1940—the second of Disney’s animated films, following Snow White in 1938—Pinocchio was re-released in theaters seven more times between 1945 and 1992, on home video in 1985, and on DVD in 1999. I can remember watching it in a movie theater when I was a kid, and at home with my own kids years later. Maybe you remember it too. Pinocchio is, of course, the story of a wooden puppet who wants to become a “real boy.” To become real, Pinocchio … END_OF_DOCUMENT_TOKEN_TO_BE_REPLACED