The solution? Realize it’s possible your perspective has become skewed over time. Yes, you’ve thrown out at least fifty possible plot points. But hopefully you kept a few of the better ones in a “scraps” file somewhere, because chances are at least one of them contained a nugget of something good. END_OF_DOCUMENT_TOKEN_TO_BE_REPLACED In my last post, I talked about how to dramatize a character’s escape from the haunting effects of shame or guilt by seeking to regain the respect or obtain the forgiveness of the person most centrally connected to the humiliation or injury. As I noted in the piece, however, and as many of you noted in your comments concerning your works in progress, it’s often impossible to achieve that respect or forgiveness for several obvious reasons: the person who can grant the reprieve is unwilling or … END_OF_DOCUMENT_TOKEN_TO_BE_REPLACED 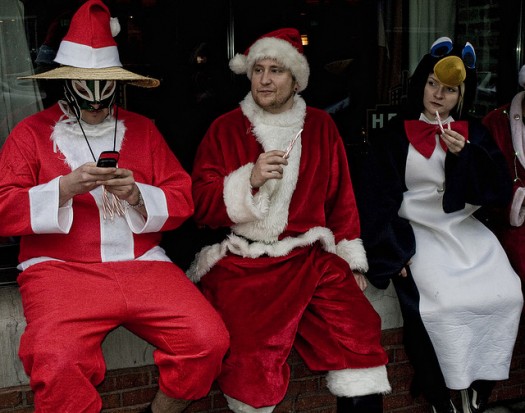 It’s the holiday season, which means it’s time to talk about my three favorite elves: Shame, Guilt, and Ho-Ho-Hope. Those of you who follow this blog daily probably have gathered already that I’m going to follow up on two recent thought-provoking posts, one by Tom Bentley (“Shatter Your Characters”) on using shame and guilt to deepen characterization, the other by Donald Maass (“The Current”) on the implicit presence of hope running through all great stories. (If you missed either of these … END_OF_DOCUMENT_TOKEN_TO_BE_REPLACED My cat killed a hummingbird a few days ago. She brought it in, as cats will do, proud, thrilled with the hunt, mad with animality. If you have a cat that goes outdoors, you know the behavior: your pet’s standard personality is turned up ten notches to a twitching, eyes-afire clench of sinew and nerves. In my cat’s case, she’s a poor birder, for which I give thanks. In years, I’ve only found evidence of one slain bird in our yard. She’s pleased to display the occasional vole or even a rat from … END_OF_DOCUMENT_TOKEN_TO_BE_REPLACED