It seems we cannot get enough of pandemics. Dean Koontz’s novel The Eyes of Darkness jumped to number three in Amazon’s charts, with a reported increase in sales of 3,000%. It’s about a virus, a biological weapon, developed by China, called Wuhan-400. Spooky, right? Especially since it was written in 1981.

Maybe it’s mostly conspiracy theorists buying that one. But what about Albert Camus’s The Plague? His 1947 novel has seen a sales boom, too, these last weeks. Here, though, the plague is a metaphor for the Nazi occupation of France in World War Two. The plague symbolizes the evilness that we could all carry within us.

Symbolism is important in novels as it adds another layer of depth to the readers’ experience by triggering their unconscious. It helps to engage the readers, make them think and feel, become involved in the story rather than just passively reading the words. END_OF_DOCUMENT_TOKEN_TO_BE_REPLACED This is one of those posts that begins by telling you what I intended to write, why I decided not to write that, and how it led me to what you’ll read below. I will be in Ireland when this post goes up (meaning I won’t be available for comments—sorry), and what I wanted to write was a sort of paeon to the incredible outpouring of great Irish writing going on right now, especially in the north. Adrian McKinty, Belfast-born and one of my favorite novelists, is currently working on a piece … END_OF_DOCUMENT_TOKEN_TO_BE_REPLACED No, this isn’t about writing dishonestly. Quite the contrary. I'm returning to a topic I've touched on before, but with a different slant this time around. Please bear with me. We live in an era of such extreme social and political division that if often seems tensions cannot resolve without matters coming to blows—or blood. The increasing number of mass shootings underscores this point, as does online acrimony and the testimony of virtually every retiring senator, regardless of party, … END_OF_DOCUMENT_TOKEN_TO_BE_REPLACED 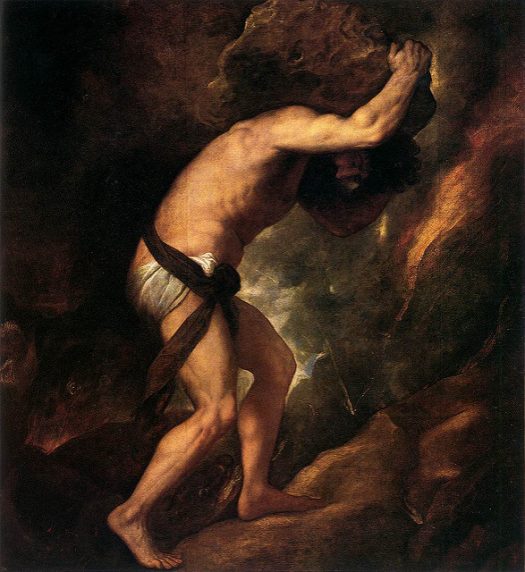 Last Friday, H.M. (Heather) Bouwman posted a wonderful piece here titled “Writing (in the) Happy Middles.” In it she discussed the “guiding myths of our lives,” and how a writer friend had identified Sisyphus as the hero whose story best conformed to her publishing career as she’d experienced it so far. Heather responded that, by learning to “love the rock,” i.e., embracing and enjoying the process not the result, the nonstop effort to once again push the boulder up the hill could come to … END_OF_DOCUMENT_TOKEN_TO_BE_REPLACED