It’s raining cats and dogs (well, okay, and hobbits) here this week at Writer Unboxed, so I thought I’d continue that trend today.

It may have been a coincidence that I finished reading The Curious Incident of the Dog in the Night-Time and almost immediately went out and bought myself a puppy – or maybe it wasn’t. One thing’s for certain: that was one fabulous book. I’ve already done a little research into getting author Mark Haddon for an interview, but his website states he’s had to put a hold on that for a while, so I’ll chat up his story a little instead.

First, if you’re looking for an Unboxed Read, you must, must, must read this book. Haddon hooks from page one and for several reasons. Here’s the first line:

It was 7 minutes after midnight.

Okay, it’s nighttime; what’s going on? I’m also curious as to why Haddon wrote “7” as a digit instead of spelling it out. And why does the book start with chapter 2, then move on to 3,5,7 and 11? Is there missing information? Did Haddon tell the story out of sequence ala Niffenegger’s Time Traveler’s Wife?

As you learn fairly early on, the story is told as it is because that’s how Haddon’s 15-year-old autistic protagonist, who loves prime numbers, would write a book. And this book is told exclusively from Christopher’s uniquely fascinating POV.

The Curious Incident of the Dog in the Night-Time is a murder mystery novel like no other. The detective, and narrator, is Christopher Boone. Christopher is fifteen and has Asperger’s, a form of autism. He knows a great deal about maths and very little about human beings. He loves lists, patterns and the truth. He hates the colours yellow and brown and being touched. He has never gone further than the end of the road on his own, but when he finds a neighbour’s dog murdered he sets out on a terrifying journey which will turn his whole world upside down.

I was fascinated by Haddon’s adept handling of Christopher’s character growth throughout the book. END_OF_DOCUMENT_TOKEN_TO_BE_REPLACED Yesterday we posted Part Three of our article (co-written with author Elena Greene) on lessons writers could draw from Peter Jackson's Lord of the Rings movies. I'm too lazy to link the trackbacks, but a simple scroll will get you to Parts One, Two, and Three. Sigh. As I revisit the lessons, I grow nostalgic for the heady days when the movie-goer impatiently waited for the next installment of these Acadamy Award-winning films. Now that's good storytelling. On to the next two tips! 7. Find … END_OF_DOCUMENT_TOKEN_TO_BE_REPLACED 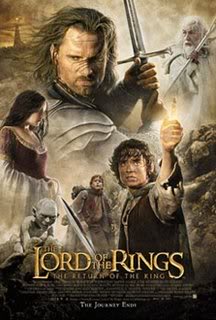 Therese, Kathleen and their writer buddy Elena Greene had their article, Lessons from The Lord of the Rings published last November, and now they're freeing it to share with the world (in part because Writer's Digest doesn't take reprints - bah). But don't start reading the article in the middle, my preciousesss, because we're already up to tips 5 & 6. Here's part 1, which contains a cheat list in case you need to know who's who...and here's part 2. Enjoy! 5. Find new twists for stale … END_OF_DOCUMENT_TOKEN_TO_BE_REPLACED Yesterday we posted Part One of our published article LESSONS FROM LORD OF THE RINGS (co-written with author Elena Greene). Today we post the second part of our article. Warning: though hard-cord nerdiness is helpful when reading the following, it is not essential. Good writing transcendes the genres. 3. Tap into sources of inner conflict to create character arcs The filmmakers made controversial changes regarding the character of Faramir. Denethor does not appreciate this second son, a … END_OF_DOCUMENT_TOKEN_TO_BE_REPLACED Therese and Kathleen readily embrace their "inner nerd" when it comes to The Lord of the Rings. They, along with fellow nerd and writer buddy Elena Greene, even wrote an article about Peter Jackson's movie version of the story, focusing on choices he made that all writers can learn from. The following is the first part of that article. Lessons from Lord of the Rings Even if you’ve never read the books or seen the films, you’ve undoubtedly heard of The Lord of the Rings. The 1,000 page … END_OF_DOCUMENT_TOKEN_TO_BE_REPLACED There’s a reason why Bernard Cornwell is one of the best writers of historical fiction around. With 37 novels to his credit, including the popular Sharp series, it’s fair to say he knows a thing or two about how to craft a novel. His books are scrupulously accurate and insanely readable. When I pick one up, I make sure my schedule will be pretty light for the next few days, ‘cause I’m not gonna to be able to put it down. His latest novel, THE LAST KINGDOM, is set in 866 AD England, at the … END_OF_DOCUMENT_TOKEN_TO_BE_REPLACED Do you remember high school English class when the teacher would call on people at random to read sections of the latest assigned novel--Lord of the Flies; The Great Gatsby; Alas, Babylon; The Count of Monte Cristo? I always liked reading aloud. There was something about the rhythm of the words in my mouth that couldn't be replicated in a silent read. Something good and juicy and satisfying, like a Georgia peach picked right off the vine. (I've had those peaches; they make you look at other … END_OF_DOCUMENT_TOKEN_TO_BE_REPLACED