Tiffany Yates Martin has spent nearly thirty years as an editor in the publishing industry, working with major publishers and NYTimes, WaPo, WSJ, and USA Today bestselling, award-winning authors as well as indie and newer writers, and is the founder of FoxPrint Editorial and author of the Amazon bestseller IntuitiveEditing: A Creative and Practical Guide to Revising Your Writing. She's led workshops and seminars for conferences and writers' groups across the country and is a frequent contributor to writers' sites and publications. Under the pen name Phoebe Fox, she's the author of six novels, including the upcoming The Way We Weren't (Berkley). Please welcome back Tiffany Yates Martin to Writer Unboxed today! Tiffany has spent nearly thirty years as an editor in the publishing industry, working with major publishers and bestselling authors as well as newer writers. She’s led workshops and seminars for conferences and writers’ groups across the country and is a frequent contributor to writers’ sites and publications. She is the author of Intuitive Editing: A Creative and Practical Guide to Revising Your Writing. Visit her at www.foxprinteditorial.com.

How to Weave in Backstory without Stalling Out Your Story

Your characters don’t just spring to life at the beginning of your story. If you’ve developed them fully, they are “real,” three-dimensional people with complex backstories and experiences that have shaped who they are at your story’s “point A” and directly inform the journey they take in your manuscript toward point B.

Yet how can you fluidly weave in all that depth and complexity without stalling pace and story momentum—getting bogged down in info dumps, flashbacks, or just too much exposition? As an author, how do you glance backward while still moving the story forward?

Let’s look at some practical techniques for developing and revealing who your characters were and are without slowing down the story of where they’re going, using three main ways of bringing in backstory: context, memory, and flashback.

People don’t operate in a vacuum or on a single plane of existence. No matter how compelling our current challenges, conflicts, or goals may be, our experiences in any given moment are a sum total of all our previous experiences, memories, hopes, desires, worries that may be simultaneously present within us.

But dumping in swaths of a character’s backstory can stall momentum and yank readers out of the story. Instead, look for ways to weave this essential context in amid the forward motion of the scene.

Let’s say you have a scene where you’re showing your protag being fired. Unless her workplace has been a significant part of the story, readers may not know enough backstory to invest us, to let us know what’s at stake, to plant our feet in the impact of this event on her life and her arc. Depending on the purpose of this plot development, we might wonder:

What is she being fired for? Is it deserved or unjust? In either case, why is it happening? Did she know this was coming, or suspect it? What’s her boss like, and what’s her relationship with him? Her coworkers? How does she feel about this job? How long has she been with this company, and in this position? Is she good at what she does? What’s her immediate financial situation without a job? And her prospects for other employment?

This is just a sampling of the context that might be germane—key to letting readers know why this event is important, what it means to her and her arc. So how can you include this essential information without swaths of info dump that stop forward momentum cold?

Think of weaving threads into a tapestry, rather than basting in discrete swatches of a patchwork quilt. For instance:

Leah knew the moment she walked toward her corner office that something was amiss. Her door, always open literally and figuratively—always—was shut, and there was a strange hush in the usually high-spirited ad department. Even Jack, the only member of her team of company superstars who seemed to have endless time to unload some long-winded personal story no matter how diligently the rest of them were focused on a project, avoided her eyes as she passed his desk.

Which was when she realized—Thurber. The VP was the only person who could make even Jack fall silent. Seeing him in her office when she opened the door was no surprise; finding him lounging in her chair with his feet on her desk was. Gerald Thurber wasn’t what anyone would call chill, and he drew a rigid hierarchy of boundaries at work.

And that could only mean that today was the day he’d finally made his move to get her out of his hair—after almost ten years of trying. If he had hair. Which, she thought meanly, he didn’t.

That was beneath you. The disapproving voice in her head was her father’s, but considering her boss knew that her loan application for her mom’s spot at the senior center had been filed yesterday, she’d give herself a bye on this one. Thurber’s timing was designed to create the highest agony quotient possible.

Look how many of the above questions are answered in this short passage: We can assume Leah is good at her job, judging by the fact that she has a corner office, the top-performing team, and that her hostile boss hasn’t found anything to fire her for in the at least ten years she’s been in this position. She probably has a good relationship with her coworkers—indicated by her open-door policy, as well as their high spirits and diligence and her appreciation for it (minus garrulous Jack, who seems like the weak link).

We know she seems to have an adversarial relationship with her boss and that he’s been gunning for her for a while—and that he’s probably enjoying this (shown through his out-of-character body language and claiming her desk, his apparently deliberate timing to cause her the most hardship). We also know what’s at stake for her in her instant concern about this affecting her qualification for a loan she needs to care for her mom.

We even know a little about who she is from these context cues: we can assume from them that she may be likable, caring, responsible, that she had a disapproving father and tries to be “good” (in that she’s giving herself a bye this time, suggesting she rarely does otherwise), that she’s a little bit snarky. There’s a lot of context packed into this brief scene, and you can continue to fill in more as it continues, but it’s laced amid the forward thrust of the scene—Leah’s about to get fired.

Look for ways you can weave in details like this throughout your story to create depth, dimension, and color and bring the characters and situations fully to life without stopping a scene’s momentum to “fill the reader in.” Let us see not just the protagonist’s current quandary, but the rich tapestry of her character and her world that forms the backdrop for it.

Quick—tell me about the happiest day of your life.

Chances are when that day springs to mind, it doesn’t start from the beginning and play out chronologically. That’s not how we remember. Memory functions more as a slide show than a movie—meaning the most impactful moments of our lives are burned into visceral images that we then fill in details around.

For instance, if something calls to mind my wedding day, the first vivid picture in my memory is walking down the aisle between all the guests and seeing no one’s face but my husband’s; I see the Texas hill country splayed out behind him, feel the sun beating down on my bare shoulders, remember that floaty time-out-of-time feeling I’d never had before or since. Then my mind might begin to fill in more of the details of that day, but the lead-in memories—the ones that directly tie into the question about a happy day—are those sensory flashes.

Keep in mind three key characteristics in how we recall memory: END_OF_DOCUMENT_TOKEN_TO_BE_REPLACED 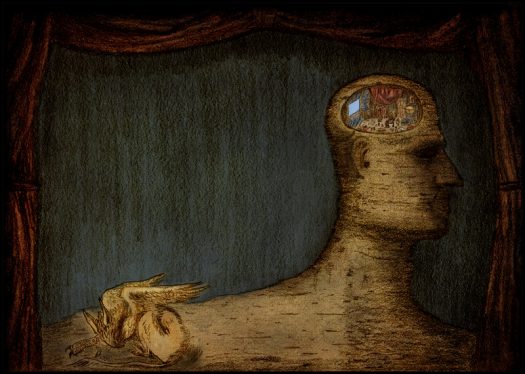 Please welcome developmental editor Tiffany Yates Martin to Writer Unboxed today! Tiffany reached out recently with an offer to write a piece for us on developing a stronger editorial sensibility, and we were immediately intrigued. She wrote: Editing is something so many authors dread, but to me it's where the magic happens. Like any other part of learning this craft it's a skill that improves with practice--but it can be really hard to practice it objectively in our own work. I've found that … END_OF_DOCUMENT_TOKEN_TO_BE_REPLACED