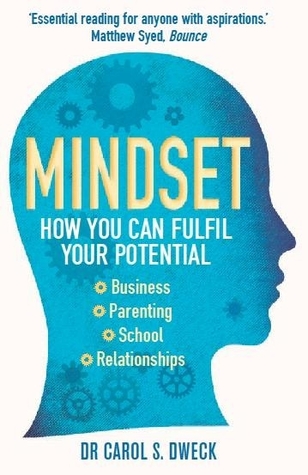 There is a lot more nuance to fixed vs. growth mindset than that — and really, it’s a spectrum, not just one or the other — but many of the problems that Dweck identifies as part of the fixed mindset remind me of issues that writers face. END_OF_DOCUMENT_TOKEN_TO_BE_REPLACED

Today is Super Bowl Sunday. For some of you, that might mean painting your face and screaming at the TV. For others, it might mean eagerly watching the commercials for a change. And for still others of you, it might not mean anything at all. Personally I am a huge football fan, and in honor of the big game, I want to spotlight a few NFL players and the lessons that I’ve learned from them — lessons that apply to writing. JJ Watt, defensive end for the Houston Texans If you’re not … END_OF_DOCUMENT_TOKEN_TO_BE_REPLACED

According to one of my favorite children’s books, if you give a mouse a cookie, he’s going to want a glass of milk to go with it. And if you give the mouse a glass of milk, he’s going to want a straw (to drink with). Then a mirror (to avoid a milk mustache). Then scissors (to groom himself in the mirror). So on and so forth. There is always something more to want. I think the writing life can be that way too. If you write a good short story, then you’ll want to try a novel. Once you write a … END_OF_DOCUMENT_TOKEN_TO_BE_REPLACED

I really hate to be all me-me-me, but I got married last weekend, and let's be honest: that's all I can think about right now. It is a big, wonderful change. It was also a bit of an ordeal. Like most ordeals, it taught me many things. These lessons aren't necessarily specific to writing, but let's be honest: if you're a writer, everything reminds you of writing. So here are a few important lessons that I learned, and how they can be applied to the work that we do: 1. Understand … END_OF_DOCUMENT_TOKEN_TO_BE_REPLACED

Thanks to Stephanie Perkins and Paula McLain, I can visit Paris anytime I want. Shilpi Somaya Gowda has taken me to Mumbai. My tour guide in Maine is Elizabeth Strout. And I hiked the Pacific Crest Trail with Cheryl Strayed. Good books take us on a journey, both literally and figuratively. As a writer, I’ve started to think more carefully about the literal part. Because when it’s done well, setting impacts pretty much every facet of a story -- plot, voice, character, theme, etc. This is … END_OF_DOCUMENT_TOKEN_TO_BE_REPLACED

Halloween has always been one of my favorite holidays. The laughter, the screams, the decorations, the ghost stories -- it’s all such fun. But even from a young age, I knew that “trick-OR-treating” was a misleading term, because you can’t have one without the other. No costume? No candy. Unfortunately this is true of writing too. The good and bad go hand-in-hand. But what if we look at it another way? The good and bad go hand-in-hand. That means whenever one of those pesky writerly … END_OF_DOCUMENT_TOKEN_TO_BE_REPLACED Confession: I kind of hate when people talk about muses, “the zone,” or anything else that makes writing sound like magic. As if what we do is so easy, so inexplicable, so wondrous. Confession #2: I hate it because I almost never feel that way myself. I don’t have a muse; GPS doesn’t recognize “the zone” as a destination; and my words definitely do not materialize from thin air like fairy dust. Every day is a grind. I have to sit at my desk, place my fingers on the keys, and force myself to … END_OF_DOCUMENT_TOKEN_TO_BE_REPLACED

Generally speaking, I’m not big on podcasts (because I have a hard time focusing on and retaining audio-only information) but there is one that I make sure to tune into every week: Scriptnotes by screenwriters John August and Craig Mazin. John and Craig are funny, irreverent, and informative, and most of their insights apply to writing in general, not just writing for Hollywood. A few episodes ago, they talked about "taking notes" – i.e., accepting feedback – and there were 2 points that … END_OF_DOCUMENT_TOKEN_TO_BE_REPLACED

Back in 2009, I attended the Kenyon Review Writers Workshop. It was a fabulous, fun experience that truly helped me grow. A few months later, reflecting on that time and the specific lessons I learned there, I wrote this post for my website. I'm re-blogging it here because of Lisa Cron's post last month about how we writers are often taught how to craft prose, but not story. I tend to agree with her, which is why I found the KRWW so valuable: for once, someone was teaching me about storytelling! … END_OF_DOCUMENT_TOKEN_TO_BE_REPLACED

1. Habit I sing ALL the time. In the car, in the shower, in the bedroom while I'm ironing. My poor musically inclined boyfriend is very nice about it -- maybe because I'm ironing his shirts -- but the truth is, I'm not very good. I can hear the pitches and modulations in a melody, but I can't always make them with my own voice. Still, I have fun, and that's good enough for me. 2. Hobby I love to dance. I went from ballet as a girl, to drill team in high school, to contemporary in … END_OF_DOCUMENT_TOKEN_TO_BE_REPLACED

In third grade, they made us learn how to juggle. We started with scarves, because they have good hang time in the air, and they don’t make any noise if -- okay, when -- you drop them. So picture a room full of 8 and 9 year olds throwing these dingy, neon-colored squares of cloth all over the place. Worst PE class ever, right? I mean, what does juggling have to do with anything? Couldn’t we have climbed the monkey bars or played kickball instead? Now that I’m an adult, I recognize that … END_OF_DOCUMENT_TOKEN_TO_BE_REPLACED

They say, “Even a bad book can teach you something.” And it’s true: we can learn almost as much from a bad example as we can from a good one. Slow opening? Cut the backstory. Cheesy dialogue? Listen to how real people talk. Clunky or complicated prose? Read your work out loud. These are all valuable lessons, yes, but what I’ve finally realized is that they can usually be gleaned within the first 100 pages of a book. (Or less.) The rest is just torture. At least for me it is. See, reading … END_OF_DOCUMENT_TOKEN_TO_BE_REPLACED