This summer, I decided I needed some new audio books to help occupy my brain during the long daily walks my cardiologist ordered me to take. I’d been rotating between a couple of good recordings of the Tao Te Ching and Chuck Palahniuk’s excellent Consider This (about which I raved in my previous WU post), but it was time for something new. While I find significant value in repeatedly listening to particularly good nonfiction audio books, I was hungry for some actual storytelling. More importantly, I wanted a story that would LAST, ideally through many hours of walking. Ultimately I wound up going with Herman Melville’s classic, Moby-Dick.

It seemed an ideal choice, for a couple of reasons. First and foremost, it’s long. Seriously long. With a word count that exceeds 200,000, most unabridged audio versions of Moby-Dick are 25 hours long or more, depending on the speed of the narrator.

And that brings up another consideration: I wanted a good narrator, if I was going to be spending so much time with him or her. Because the book is in the public domain and very popular, there is a wide range of recorded versions, so I “auditioned” a dozen or so samples before deciding on this excellent audio book narrated by Anthony Heald. After spending many hours with Heald in my head (so to speak), I’m convinced I made the right decision: He does an utterly marvelous job capturing the many moods of Melville.

I said I had two reasons for choosing this book, so now I’ll confess the main one: I’ve never actually read Moby-Dick. I thought I had – I mean, weren’t we all forced to struggle through it in high school English? – but once I looked at the first chapter, I realized it didn’t ring a bell at all. For one thing, within just the opening pages I encountered a cynicism and wit that I never would have associated with Melville, whom I assumed was all biblical furrowed-brow doom-and-gloom, all the time. I quickly realized that while I may have read about the book – and as a kid I loved the classic movie starring Gregory Peck – I’d never actually read the original book. This is a sensitive point for me, reminding me what a large gap there is in my cultural literacy, as I have read embarrassingly few of the commonly accepted “classic” books. So when the spirit moves me, I try to address that gap, one book at a time.

Ready to commence my journey with Ishmael and company, I began huffing and puffing my way around the neighborhood with my earbuds delivering Heald’s spectacular narration. Within half an hour, one thing was very clear to me: I didn’t know Dick. Moby-Dick, that is.

This was nothing like the book I’d anticipated. Melville’s voice (particularly as transmitted by Heald) was clever, witty and even… I struggled to find the word… whimsical at times. Definitely not the word I’d expect to use about the guy who gave us Ahab, that dark-and-stormy one-legged sea captain whom I think we can all agree has some serious issues.

As the days and weeks went on, Melville continued to surprise and delight me, leading me to many new discoveries about this book, 19th-century whaling, and the author himself. So in this post I’m going to highlight eight things Moby-Dick taught me about its author. END_OF_DOCUMENT_TOKEN_TO_BE_REPLACED At the beginning of 2020 (which must be about 40 or 50 months ago, right?), I stumbled onto a book that literally changed how I think about writing. During an email exchange with my dear friend and fellow writer Jocosa Wade, she recommended an early novel by Chuck Palahniuk, whom I only knew as the guy who had written Fight Club. I loved the movie by the same name, but had never read any of his novels. To be honest, I’d always been a little afraid to read him, figuring he would be way too … END_OF_DOCUMENT_TOKEN_TO_BE_REPLACED 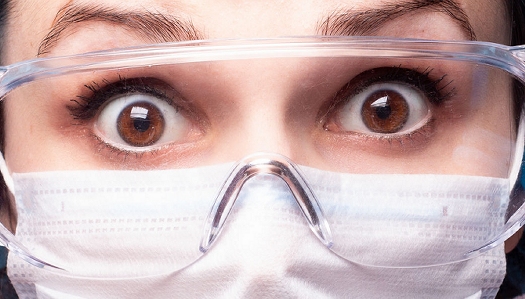 DISCLAIMER: This is not intended as a political post. At its core, it’s about writing, but it will likely reveal some of my political leanings along the way. Just remember, you can wash your hands after reading this. In fact, you should probably wash them *before* reading it, too. Go ahead. I’ll wait. In early March, I had to fly to Atlanta for my day job. With the COVID-19 crisis looming, I was not enthused about flying into the world’s busiest airport. Armed with copious amounts of hand … END_OF_DOCUMENT_TOKEN_TO_BE_REPLACED There’s a popular quote floating around on the interwebs, stating that “comparison is the thief of joy.” I've never found a rock-solid origin for that quote, although it is most frequently attributed to Theodore Roosevelt. Frankly, I think it sounds a little too touchy-feely to have come from the uber-manly 26th US president, who likely would have said something more along the lines of "Comparison is the enemy, and I have whipped its sorry butt with a really big stick." Regardless of its … END_OF_DOCUMENT_TOKEN_TO_BE_REPLACED Today I'd like to return to an author I've spotlighted before: Jon Clinch, whose latest novel MARLEY hit the shelves earlier this month. I've known Jon for a dozen years or more, and have always admired his dedication, his work ethic, and his damn good writing. Jon's "serious author street cred" is undeniable, with his debut novel FINN earning him acclaim from the Washington Post, the Chicago Tribune, the Christian Science Monitor, and the American Library Association, among others. Oprah's … END_OF_DOCUMENT_TOKEN_TO_BE_REPLACED As writers, we often draw our inspiration from a wide range of sources. Sometimes, those sources may be unlikely or counterintuitive. But the trick, I think, is to keep an open mind, and to stay receptive to inspiration from ANY source. Maybe that inspiration comes from Shakespeare. Maybe it comes from Margaret Atwood. Or maybe it comes from Hugh Grant. Stay with me on this, even if you're not a fan of the floppy-haired actor. On a recent Friday night, after a particularly stressful week that … END_OF_DOCUMENT_TOKEN_TO_BE_REPLACED Please help me perform an experiment. Re-read the title of this post, and ask yourself: What if somebody said those five words - "I don't believe in diabetes" - to you? What if they followed it up with something like this? "People should just eat less sugar." I suspect you might consider that remark insensitive, or stupid, or uninformed, or simply wrong. I also suspect that none of you would ever actually say something like that - particularly to a person diagnosed as being diabetic. After … END_OF_DOCUMENT_TOKEN_TO_BE_REPLACED In the course of my lengthy career as a professional musician, I've been fortunate enough to meet - and sometimes perform with - a number of rock stars and celebrities. Most of them have been wonderful to work with. Some of them, significantly less wonderful. And then there's Billy Joel. He and I... well, let's just say that we are not currently on speaking terms.* Not after what he said. I mean, I can forgive a lot, but not that. Admittedly, it was a long time ago. 1977, to be precise. … END_OF_DOCUMENT_TOKEN_TO_BE_REPLACED I believe it's healthy to have goals. After all, having something to aim for can give us a sense of purpose, and can help us keep our efforts focused. We often hear of "the writer's journey," and I think it's an apt metaphor, because this can turn into a VERY long trip. For those who manage to stay on the path, there are many milestones along the way - along with many hurdles. While a writer might start out with a single goal (e.g., write the damn book), if that writer is serious about … END_OF_DOCUMENT_TOKEN_TO_BE_REPLACED I get approached from time to time by aspiring new writers, asking for advice on how to get started. The longer I've been doing this, the harder it gets to answer them. At this point I've been in the game nearly 20 years, so how do I condense what I've learned into a quick conversation or a brief email? And what if they are interested in a completely different type of writing than the kind that has made me as rich and famous as I currently am? (Hmmm - now that I think about it, that wouldn't … END_OF_DOCUMENT_TOKEN_TO_BE_REPLACED I like to think I'm a man of conviction. The kind of man who acts swiftly to right a wrong, who won't tolerate an injustice, nor support or enable morally questionable behavior. For example, a couple of weeks ago a friend of mine alerted me that somebody had posted a racist sentiment on my Facebook wall. My justice was swift and decisive: I deleted the post and unfriended the person who posted it, despite the fact that we were former coworkers who had been friends for 20 years. My buddy who had … END_OF_DOCUMENT_TOKEN_TO_BE_REPLACED I recently stumbled onto an online discussion about animated films, where somebody referred to The Lion King as having been inspired by Shakespeare's classic play Hamlet. That was news to me, and it made me think about other films that I had belatedly learned were inspired by Shakespeare plays, such as 10 Things I Hate About You  (The Taming of the Shrew) or My Own Private Idaho (Henry IV and Henry V). This in turn got me thinking about how little I actually knew about Shakespeare. True … END_OF_DOCUMENT_TOKEN_TO_BE_REPLACED