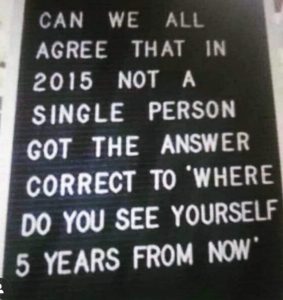 Six months into the worst pandemic in a century, we’ve passed five million cases with more than 170,000 dead, more than 30 million out of work, and the economy collapsing faster than it did during the great depression.  Our politics have grown even more divisive, making it harder for us to act together.  The world is changing around us in ways that we can’t possibly understand because we’re right in the middle of it.

So let’s talk about how this affects your current work in progress.  That is, assuming you’re actually working on your novel instead of binge watching or binge baking or binge eating or binge drinking or crying quietly into your pillow every night.  Or all of the above.

Of course, if you’re just starting out on a new manuscript, the virus offers all sorts of opportunities for drama. Covid is the ultimate A Stranger Comes to Town, upending peoples’ lives, putting them under strain, and revealing their true character – think Shane in virus form.  But there’s something you’ve got to watch out for if you do decide to work Covid into your story — we still don’t know how the pandemic is going to end.  Stuff could easily happen in coming months that will eclipse anything you might use as a background now, leaving your story feeling dated before it’s even finished.

Probably the best solution is to keep the disease as far in the background as possible and focus your story on how it affects your characters.  I’ve written before [1] about how to create tension when your story takes place against a background where readers know what’s coming – if your characters are passengers aboard the Titanic, for instance.  You can use a lot of the same techniques when you don’t know what’s coming but your readers will by the time they see your story.

Mrs. Miniver started out as a newspaper column and then a book about everyday life in the country, which grew darker as the war approached.  But most of us are more familiar with the movie.  It was released in 1942 but was set earlier, at the height of the battle of Britain, when the outcome was anybody’s guess and the United States hadn’t yet joined the war effort.  The story is still gripping today because the focus is entirely on how the war transformed Mrs. Miniver and her one small corner of Britain, where the big excitement used to be the annual flower show.  Mr. Miniver takes the family pleasure boat to Dunkirk.  Mrs. Miniver is threatened by a downed German pilot.  Kay is killed in a raid.  The suffering is set against a historic backdrop, but it is all very personal.

If you want to incorporate the pandemic into your storyline, don’t try to keep up with the changing news.  Simply pick your moment in time, preferably a recognizable moment (the months when Britain was standing alone against the Nazis had a particular flavor that’s still recognizable even today).  Then keep your story focused on how events affect your characters rather than the events themselves.  This will let you tell a timeless story even if it’s set in a very specific time.

But what do you do if you’re attracted to or have already started a story that you can’t shoehorn into the pandemic, or vice versa?  The best solution may simply be to just write your story as if the pandemic never happened.  Yes, the world around us is changing, but people are still enjoying books that were written before the change started, and if your story is published during or just after it, I think readers are willing to cut you some slack.

In fact, I’d argue that, right now, people need to hear stories about everyday life before the virus hit.  If you’ve been indoors for the last six months, hearing about people gathering in large groups without masks, sending children off to school without worry, or going to a restaurant or theater can provide a needed escape.  If you can pull people out of the moment, even for a little while, you will find a large, ready-made audience.

During an earlier plague, one writer imagined ten friends escaping to the country and telling one another stories to pass the time until the plague blew over – we’ve known about self-quarantining and sheltering in place for a while.  The stories they told were cheerful, mostly comic, and often NSFW.  Even the tragic stories involved ordinary disasters like lost love rather than the devastation of lost lives.  They were the perfect escape stories for hard times.  Boccaccio’s Decameron was one of the most popular books written in a day when all books were still handwritten.  Martin Luther retold some of the stories, as did Shakespeare and Tennyson.  And, at the moment, Boccaccio’s popularity is growing as more people look to escape a plague by reading how others escaped the plague seven centuries ago.

If you’re tired of bingeing The Gilmore Girls or Breaking Bad and you want to escape not only the plague but the century, pick up a copy of Boccaccio.  The stories are ribald good fun.  And don’t be afraid to pick up your own pen and create the stories that will give other pandemic-oppressed readers the escape they need.