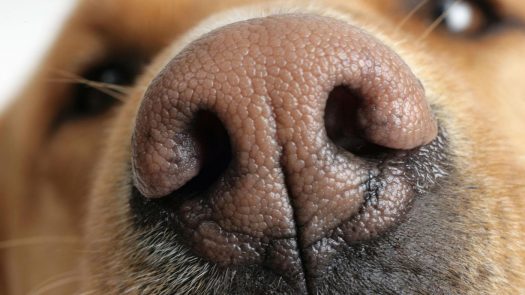 I recently received a critique of a work in progress that suggested I alter the point of view (POV) from distant third person to close third person. It was good advice, but it meant facing another rewrite of what I thought was a completed manuscript. I told myself I could do it—after all, it would just be wordsmithing. I would leave the scenes as is, just go a little deeper into the characters’ psyches. I would not, of course, be rewriting entire scenes or large-scale plot details.

Before I started on the revision, I did a little research to augment my basic understanding of the differences between distant and close third person. I found numerous blogs and articles (links to some of the more helpful ones are at the end of the post) but I came away with three takeaways about close third person POV:

I set a schedule to finish the editing in two months—one chapter every two to three days. Each chapter was told from a different characters’ viewpoint, so I expected the editing would simply bring more life to the book by making each character more vivid.

Editing the first few chapters went smoothly, but they were strong chapters with clear motivations, conflicts, and actions. Three weeks into the editing, I got to a part of the manuscript that was not as strong. In particular, I got to the chapters told from the viewpoint of a female protagonist who had played a decisive and active role in the opening chapters, but who then became passive in later chapters as events played out on larger stages. I had struggled with those chapters and that character’s passivity through many revisions, and while I had given her more to do, the chapters were still flat.

When I started rewriting those troubled chapters, the simple editing became something far more complex. It was as if the closer POV gave that character back the voice that had been suppressed, and she was not about to sit passively still while chaos rained down upon her. She became active, not passive. And every time she chose to do something rather than let things be done to her, she created new plot elements, entire storylines, new possibilities that would echo through the work to the end.

I stalled out on the editing because it was becoming far more change, and far more work than I had bargained for. At a loss to know whether to stop or to continue, I sat down and just re-read the manuscript, to figure out whether it was worth all the work.

As I read the unrevised chapters, something became clear that I had missed in all the previous passes. Each chapter might have been told from the viewpoint of a different character, but each chapter ‘sounded’ much the same in its cadence and word choices. That cadence was mine, the author’s. There was also a sameness to the action—each character acting similarly, rationally, not individually. They were making the choices I, the author, had allotted to them in service of the outline, the plot, the plan.

When I shifted to the closer POV, the characters demanded that I honor the life trajectory that they would have chosen, rather than the life I, as an over-controlling author, expected them to follow. And honoring their individual choices meant plot changes and altered scenes. Literally, it meant writing a different story. Possibly a far better story.

To give an analogy of the shift–imagine a story as a sequence of rocks in the middle of a swift-moving stream. In the first version of the manuscript, I, the author, had laid out a sequence of stepping stones for each of the characters to choose to get them to the other side. 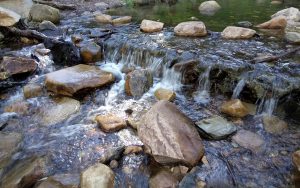 Most of those stones were big, flat rocks that were close together. Safe. Straightforward. Direct. When I wrote in distant third person, each character traveled the assigned path (with about as much joy as a child doing exactly what they were told to do). Once I shifted to the close third person point of view, each character looked at that stream and chose a different sequence of rocks to cross. And each new rock made for a much more exciting story because each character was traveling his or her own path. Some stayed on the assigned safe path. Most chose riskier rocks than I had assigned them—tiny rocks, pointed rocks, wet rocks, tippy rocks. A few of the characters leaped for rocks that were out of reach and got wet.

There is an expectation that authors are the storytellers and are in complete control, and that is true to some extent. We make up the story, the settings, the characters. But characters, to come across as alive and fully-realized, have a will of their own. They have to be true to themselves as well as the story. And in my case, deep third person let the characters show me where I’d been a jailor, boxing them into the story, rather than setting them free to find their way to the end on their own terms.

So what does this mean for you? Should you go out and change everything you’ve ever written into close third person? Of course not.

But close third person can be a useful tool. In my experience, changing the strong scenes from a distant to a close third person point of view was straightforward. Changing the weak scenes was not, and working through that new POV showed me how to get those scenes (and those characters) back on track.

This means if you have chapters or scenes that just aren’t working (and you can’t figure out exactly why) a POV shift might be enlightening. Take a chapter where things just feel flat. Where it seems like the characters are just going through the motions. Set aside a little time to do a writing exercise where you shift that scene to a closer POV (whether close third or first person), and let the characters tell (and live) their own story their way. Then take that knowledge and let it inform the story, in whatever POV you want to tell it.

What do you think? Does POV alter not only how the story is told, but the story that can be told? Does this process give too much leeway to character, abandoning a sensible outline for the sake of personality?

Image of creek from: https://pixabay.com/en/creek-cascade-clear-water-2530798/

+9
Previous article: Flog a Pro: would you pay to turn the first page of this bestseller?
Next article: Motivate Yourself with Ten Tips on Self-Motivating Yourself