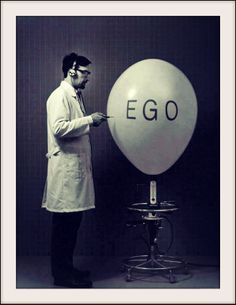 As the international television consultant I sometimes am, I sometimes find myself working with people coming into TV script writing from other forms of writing, for the simple reason that in many parts of the world (well, my world) trained and experienced TV writers are thin on the ground. For those coming into TV writing from backgrounds in solo writing, it can be difficult to adjust to the collaborative creative process that writing for television demands. Such writers often have the expectation that their feelings will be taken into consideration – that they’ll be treated gently. They quickly learn that in the hothouse environment of a TV writers’ room, your ego is your own affair, and any time you go, “Ouch, my feelings,” that’s pretty much a problem you get to have all alone.

Let’s say I’m giving story notes to a writer who’s never had anyone comment meaningfully on her work before. This is a very common situation in my line of work, and you would think I’d handle that writer with kid gloves. Yet kid gloves are the last thing I want. If I try to couch my notes in protective language, my message might not get through. Worse, my efforts to do so just reinforce the idea that protecting each other’s feelings is, or should be, our priority, which leads to more pulled punches and more lost efficiency. So I just say, “The notes are the notes. I know you’ll have an emotional reaction to them, but remember that here in this room we pretend that those feelings don’t matter. This clears out the space between us and lets us focus, together, on closing the gap between where the work is and where it needs to be.”

At the same time, I’m careful to focus my own notes on tangible observations, not value judgments. You’ll never hear me say that one piece of writing is “good” or another “bad.” Such subjective evaluations don’t interest me. I’m only interested in asking and answering concrete questions. “What is the intent of this scene? Has it been achieved? If not, what changes can we make to correct that?” So now I’ve taken feelings off the table, but I’ve also removed attacks on feelings. Now everyone’s ego can relax, and we can start to work effectively as a team.

Does it sound like I’m trying to have it both ways? I am, and I do. Even while I’m teaching my team to filter their efforts through service to the work and not service to the ego, I’m also shaping a culture that protects ego and lets egos let down their guard. What I’m after, ultimately, is a free floating generosity of spirit where everyone can contribute their ideas because they know their egos won’t get stomped on, but can also accept others’ input because they know their egos aren’t at stake. I often reduce all of this vexing interpersonal complexity to a trivial one-liner: “Let’s save our egos for the award ceremony.”

I love running writers’ rooms. I especially love running them with this open, honest approach, at once analytical and empathetic, that helps writers achieve the transition from isolated and scared to integrated and groovy and cool. Television writers’ rooms can be soul-killing places. They don’t have to be, but often they are, simply because people focus on their ego issues the wrong way. They think ego is a war that needs to be fought and won. My rooms aren’t run that way. My rooms are fun. I wish we could all be in one big one together right now. I know we’d have a real good time.

And why do I bring this up out here? Because even for solo writers, writing professionally is an intensely collaborative process. We collaborate with our writing groups, agents, editors, publishers, publicists, illustrators, mentors, friends and fans, and every time we filter information through ego, we risk losing information that could be doing the vital job of improving our work. So see if you can take “ouch, my feelings” off the table for yourself. Instead of asking of input (from a beta tester, or reviewer or whomever), “How does this information make me feel?” try asking, “How can I use this information to close the gap between where the work is and where I want it to be?” If you do this, you will be genuinely in service to the work, and then a marvelous alchemy takes place: The work will improve. Well, why wouldn’t it? You got useful input and put that input to use. Now you have a better product, and how does that make you feel about yourself? Better, of course. So instead of, “Ouch, my feelings,” it’s “Yay, my feelings!” It’s almost a Zen reduction: to serve the ego, ignore the ego. The ignored ego feels less stress, therefore performs better, produces more, and ends up being profoundly served.

Have you ever found yourself in a bad spot with another writer where they say they want the cold, hard facts, but really only want your approval? What do you do about that? Meanwhile, what strategies do you use to keep your own demons of ego at bay?