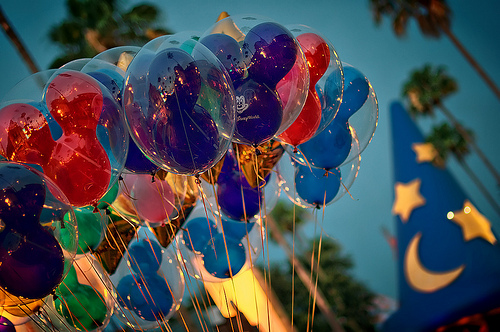 I’ve been reading with interest (and sympathy) the comments on Porter Anderson’s Unboxed post last week, where we see the familiar Sturm und Drang of writers grappling with the demands of online marketing—or how to be publicly communicative and chummy when it’s against our nature, perhaps even against our work.

This has remained a problem for a long time now, hasn’t it?

One of my favorite thinkers is Alan Watts, who once said, “Problems that remain persistently insoluble should always be suspected as questions asked in the wrong way.” [To be properly introduced to Alan Watts, check out this post from Maria Popova.]

To begin to inspect this problem—and a beginning is all that’s possible for this blog post—I’ll discuss a few writers who exhibit the following qualities:

If you’re active on Twitter, you’ve probably seen Roxane Gay in action, even if you don’t follow her. She’s funny, sharp, personal, challenging, and unstoppable.

Most of us could never do what she does. She live-tweets Ina Garten in the afternoon, battles sexism and racism in the evening, and rebuffs trolls on the hour. She’s approaching 100,000 tweets. (For comparison, I haven’t even reached 15,000.)

Gay released two books this year (a literary novel and a book of essays on feminism), and she’s been out there writing for a long time. I met her in person at the Midwest Writers Workshop, and she is a shy introvert like many writers I know. We sat together on a publishing panel, and she knew what writers needed to hear: Just calm down and write, okay?

In a blog post after the conference, she wrote:

You will hear a lot of mumbo jumbo about being a writer and maintaining an online presence. Do it if you want, don’t if you don’t. There are successful writers who have little to no online presence, though I don’t recommend going that route.

If you don’t already know him, he’s the bestselling YA author of The Fault in Our Stars. I’ve been following his career ever since a colleague (thanks, Alice!) brought my attention to his YouTube channel, the Vlog Brothers. It started in January 2007, based on the premise that John would cease all text-based communication with his brother, Hank, for one year, and instead converse via video blog. After one year passed (quite successfully), they continued the vlogging.

Why? Because they enjoy it. These guys were made to be on camera. At least the YouTube-style one. They have millions of followers.

As for John Green’s more traditional efforts, he’s written six books, a range of short stories, as well as some other fiction. The Wall Street Journal said, “Some credit him with ushering in a new golden era for contemporary, realistic, literary teen fiction.”

His advice for writers?

Every single day, I get emails from aspiring writers asking my advice about how to become a writer, and here is the only advice I can give: Don’t make stuff because you want to make money—it will never make you enough money. And don’t make stuff because you want to get famous—because you will never feel famous enough. Make gifts for people—and work hard on making those gifts in the hope that those people will notice and like the gifts.

Visit this link for more.

I came to know poet and publisher Laura Barkat through commenting on her blog. She’s one of the most gracious online personalities I know (see this for evidence), but also one of the more private. For instance, you won’t find a photo of her online, though you might find a picture of her clean laundry.

Through her website, Tweetspeak Poetry, Barkat champions the role of poetry in our lives, which is no easy thing in a digitally distracted world that’s not inclined to slow down for poetry. Her latest initiative is The Mischief Café, which has become a touring event, but is also a book and a welcoming entry point at her website.

In an interview last year, she said:

As an author, I realized that blogging was not selling books the way writing for larger outlets was. That’s partly because I didn’t run my blogs like a business. … I was also watching many other authors who don’t prefer to run their blogs like hard-core businesses, watching them exhaust themselves, to serve maybe 300 readers per month, or less, hoping this would somehow further their careers. I had quit blogging and seen my book sales actually increase. … Our highest-selling titles are all by authors who either have no blog or rarely blog. Instead, they have strong speaking and teaching platforms, or they travel and visit their fans at book clubs, or they write for big publications like The Atlantic.

I first became aware of Shaffer through his Twitter alter ego, @EvilWylie, in 2010 (and so did many others in the publishing world). At the time, he was a full-time writer and reviewer for RT Book Reviews, and was under contract for his first book with Harper Perennial.

Before he scored that first book contract, he had been an aspiring literary fiction writer, but eventually gave up and started writing and selling greeting cards, which landed him onto The Colbert Report and Fox News. That publicity eventually helped him land an agent and a deal for Great Philosophers Who Failed at Love.

The satirical Twitter accounts he created about agent Andrew Wylie and Random House weren’t started as marketing tools. In an interview with MediaBistro, he said:

I didn’t actually tell anybody that I had created these for a week. I didn’t tell my agent. I didn’t tell my editors. I was just playing around on Twitter. I really hadn’t found any real use for Twitter. My own Twitter account had failed horribly to take off and attract any followers. I felt I was being “too nice” maybe, if that makes sense. I wanted an outlet where I could be as much of a smartass as I wanted to be. Not really in an entirely snarky way I guess; I think there’s a difference between being a smartass and just snarking off. So, my agenda with it at first was just to do a purely comedic thing and I had no intentions of revealing myself to anyone, ever.

Shaffer’s latest work is How to Survive a Sharknado, which made it onto the New York Times bestseller list this fall.

Those of you who’ve been reading me for years now have probably heard my Jeanne Bowerman story. We first connected on Twitter (exchanging comments about tequila and bourbon) and later met in person at a Writer’s Digest event, where I gave her a paying assignment for the magazine.

At the time, Bowerman was an aspiring screenwriter who had started ScriptChat, a weekly Twitter chat that has since become a strong community for writers in the TV and film industry. When I interviewed her recently and asked how she got great people to read her stuff as an unknown scriptwriter outside of Los Angeles, she said, “To put it in a nutshell: I have a blog.” She started blogging on her own personal site, attracted the attention of the editor of Script Magazine through ScriptChat, and was invited to do a column. She continued:

So once I got the column, that’s how people started noticing me. They were reading me, realizing this girl can tell a story. So this made them curious to read the script. I didn’t ask them to read it, they asked me. Screenwriters really need a website and a way to get their voice out there. If you can write a good personal essay, they know you can tell a story.

I hope one thing you noticed about these five stories is how they can offer conflicting or paradoxical principles. Good. That gets us to the point I’d like to make.

We’ve set up the question of online activities or online presence as a problem to be solved. Is it a problem? Yes, mainly because it is discussed and portrayed as this intractable problem, rather than as something to be approached with, as Benjamin Zander might say, the art of possibility—something that could serve our own creative needs and purposes.

All of the authors I mentioned—who are quite different in terms of their success, genre, and personalities—are able to focus on their writing and maintain an online presence, while appearing to remain whole. Each has found the right approach based on their strengths and goals, and you can do the same.

If you found this post helpful, and you’re interested in learning more about how to use social media effectively, check out my 12-week course starting in January 2015.

Jane Friedman has more than 20 years in the publishing industry, with expertise in digital media and the future of authorship. She's the co-founder and editor of The Hot Sheet, the essential industry newsletter for authors. You can find out more about her consulting services and online classes at her website, JaneFriedman.com.

0
Previous article: Outlining: Why I Made the Switch and Tips for Trying It
Next article: Take Five: John Vorhaus on his latest novel, Poole’s Paradise