Is everyone sick of talking about the piece in the New York Times on David Mamet and his decision to self-publish? I hope not, because I’m dying to talk about it. So I’m going to…I hope you’re not already bored. If you haven’t read it, you should, especially if you’re a traditionally published author, but here’s a quick synopsis: Mamet is tired of feeling like he’s been kicked around by traditional publishers, so he’s self-publishing his next book. That’s it in a nutshell.

I read this piece and felt my pulse accelerate because, I, too, have been toying with the idea of doing my next book myself. The last time I was at Writer Unboxed, I talked about how demoralized I had felt by my experiences with my most recent novel, The Song Remains the Same, and how it nearly permanently derailed my interest in pursuing fiction. I managed to rediscover my love of writing but also swore that I would write my new novel – which is now finished – only for the pure joy of doing it…and I wouldn’t allow the system and the politics and the ever-shifting uncertainty within the industry to beat me down. So…it was (and is) with this in mind that my agent and I began chatting last month about the idea of publishing the book on my own. I resisted immediately and forcefully until I started reading up on how to do it and how to do it well. And then…the seed was planted and has started to grow. BUT. But. But. But look, I was/am nervous about the idea. And full disclosure, because my career was born and raised within the framework of traditional publishers, I have never been a big fan of self-publishing. But times are changing, and I don’t like to think of myself as someone who can’t and won’t acknowledge that things need to be shaken up. So this Mamet piece couldn’t have come at a better time for me. Maybe it is time for a change. And if it is, I’d like to think that I’m the type of person who would embrace that change rather than dig my heels in deeper.

A few things, before we go further:

1) I am exploring all options now. Talking with traditional publishers but also doing my own research on how to best go about indie publishing. It is DAUNTING, and I have yet to see a lot of people do it WELL. There is a very big difference between self-publishing and self-publishing well. Also, this post is not meant to take away from the fact that I have a lot of respect for many of the people I’ve worked with and many others with whom I hope to work with within the industry. There are some amazing, amazing minds at traditional houses, and that needs to be said and acknowledged.

2) David Mamet has a platform. I think readers would be imprudent to ignore this. He can self-publish because he has built-in readers. Self-publishing as a debut/untested/unknown author is very, very different experience (I would guess), than self-publishing as an author who already has a following. I have long maintained that the marketing and publicity angle of publishing is the most difficult, and I really can’t stress that enough. Self-publishing your book almost has nothing to do with getting people to buy it. Those are two really different things – and Mamet already knows that he has the fans to buy it. I think that makes the difference here. END_OF_DOCUMENT_TOKEN_TO_BE_REPLACED Today's guest is award-winning humor blogger Leanne Shirtliffe. Leanne is the author of DON'T LICK THE MINIVAN: And Other Things I Never Thought I'd Say to my Kids.  She writes funny stuff for the Huffington Post and Nickelodeon's NickMom.com. When she's not stopping her twins from licking frozen flagpoles, she teaches English to teenagers who are slightly less hormonal than she is. "Leanne Shirtliffe writes with hilarity and poignancy as to the trials and pains (literally) of motherhood. She … END_OF_DOCUMENT_TOKEN_TO_BE_REPLACED When I first started writing seriously, all I wanted was to publish a novel. I thought my intentions were honourable—that I wasn't just another wannabe with dreams of making it big—but there was always that little part of me that still wasn't ready to put in my dues. I wanted it all, and I wanted it right away. Then, something life-changing happened. An opportunity fell into my lap. I was asked by the publisher of a print magazine (who had been following my blog) if I would consider … END_OF_DOCUMENT_TOKEN_TO_BE_REPLACED Do you go to conferences? Boy, I do. One of the greatest aspects of conference-going is meeting people you might have known only on the ether, putting a face to the avatar. Here, for example, is author Chuck Wendig, whom I've met several times at conferences. Both of us normally have some traveling to do, to reach a conference. Wendig writes in 25 Things Writers Should Know About Traveling: Travel is good for us. Seeing other places and people and cultures makes us more complete … END_OF_DOCUMENT_TOKEN_TO_BE_REPLACED

"People will do anything to alleviate their anxiety." This is a quote from a recent episode of Mad Men, that to me, underscores the everyday context that no one talks about publicly. I work with writers, and find that anxiety is a very real and very constant part of their lives. Why? Just a few reasons: The act of creating and publishing invites judgement, especially self-judgement. Being a writer is often a new identity that one carves out for themselves, while everyone else around … END_OF_DOCUMENT_TOKEN_TO_BE_REPLACED As those of you who follow my work know, I’m dead keen on process. I think it's important for writers not just to write, but to watch themselves writing and observe their evolving approach to their craft. That, I believe, is how a writer goes about growing. So with every new novel I write, I ask myself, “What am I learning from this one?” Here’s something that’s not news: I have to keep writing. I have to keep working, for I self-define as a person of doing, not being. Persons of being, those … END_OF_DOCUMENT_TOKEN_TO_BE_REPLACED I have been noticing lately that the word, “work ethic” has been coming up a lot among writers, all of whom seem to be pursuing the vast pots of wealth seemingly just on the other side of a completed manuscript.  No longer do you even need a contract to hit the big time—just look! Every week another superstar explodes out of obscurity onto the top of the e-book charts, then the New York Times.  Every  month, another Horatio Alger, another starlet, another Big E-Publishing story. There are … END_OF_DOCUMENT_TOKEN_TO_BE_REPLACED My writing workshop students and I were having a lively discussion recently about the pros and cons of using real life in our work. Half of the class is trying to figure out if they want to tell their stories via memoir or novel. One woman had turned in pages for critique about her relationship with her adult daughter. It was good writing—the beginnings of something I could see going either into memoir or fiction. One of the considerations I wanted to broach for my students was the ethics … END_OF_DOCUMENT_TOKEN_TO_BE_REPLACED

GIVEAWAY: I am very excited to again give away a free book to a random commenter. The winner can choose either CREATE YOUR WRITER PLATFORM or the 2013 GUIDE TO LITERARY AGENTS. Commenters must live in the US/Canada; comment within one week to win. Good luck! (Update: Anita Hayes won.) In a previous Writer Unboxed column, I discussed the value of starting your story strong and how an "inside-out" approach to narrative action can help your case. But just as important as knowing what to do … END_OF_DOCUMENT_TOKEN_TO_BE_REPLACED

We are so pleased that today's guest is Heather Reid. You may know Heather from her role as a member of the fearsome Mod Squad for WU's Facebook community.  What you may not know is that Heather is both American and British and has called six different cities in three different countries, home. Her strong sense of wanderlust and craving for a new adventure mean you might find her wandering the moors of her beloved Scotland, exploring haunted castles, or hiking through a magical forest in search … END_OF_DOCUMENT_TOKEN_TO_BE_REPLACED 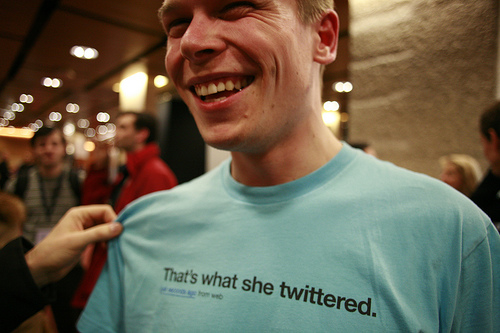 In the old days, writers built a following by earning the esteem of readers through great writing. Today, through the magic of social networks like Twitter, you can simply pretend to read thousands of strangers describing their brunch. Not familiar with Twitter? Webster’s Dictionary defines Twitter as “Kinda like Facebook, but without Farmville or family members you’re trying to avoid.” Lots of authors are using Twitter to advance their writing careers 140 characters at a time (yes, those count … END_OF_DOCUMENT_TOKEN_TO_BE_REPLACED This past month, Kitty Bennet's Diary, the third book in my Pride and Prejudice Chronicles, released. Thanks so much to everyone here at WU for letting me share a bit about the book here! Q: What's the premise of your novel?  Kitty Bennet's Diary is the third of my diary-format imagined sequels to Jane Austen's Pride and Prejudice.  The story focuses on Kitty Bennet, younger sister to Elizabeth Bennet.  To quote the back cover copy: Kitty Bennet is finished with love and romance. She lost … END_OF_DOCUMENT_TOKEN_TO_BE_REPLACED Trained by reading hundreds of submissions, editors and literary agents often make their read/not-read decision on the first page. A customarily formatted book manuscript with chapters starting about 1/3 of the way down the page (double-spaced, 1-inch margins, 12-point type) has 16 or 17 lines on the first page. The challenge: does this narrative compel you to turn the page? [pullquote]Storytelling Checklist Evaluate this opening page for how well it executes the following 6 vital … END_OF_DOCUMENT_TOKEN_TO_BE_REPLACED I should subtitle that at once: when good titles don't find you! Because that's the heart of the matter. There are two main ways good book titles come about: 1. We have a plodding workaday title attached to our manuscript, a title we know instinctively—or are told!--will have to be changed. 2. The title comes fresh-faced, newly-minted, manifesting of its own sweet accord in the mind of the writer, right from the start. The second variety is usually a blessing, because it acts like a … END_OF_DOCUMENT_TOKEN_TO_BE_REPLACED